The toy industry returns to Spain 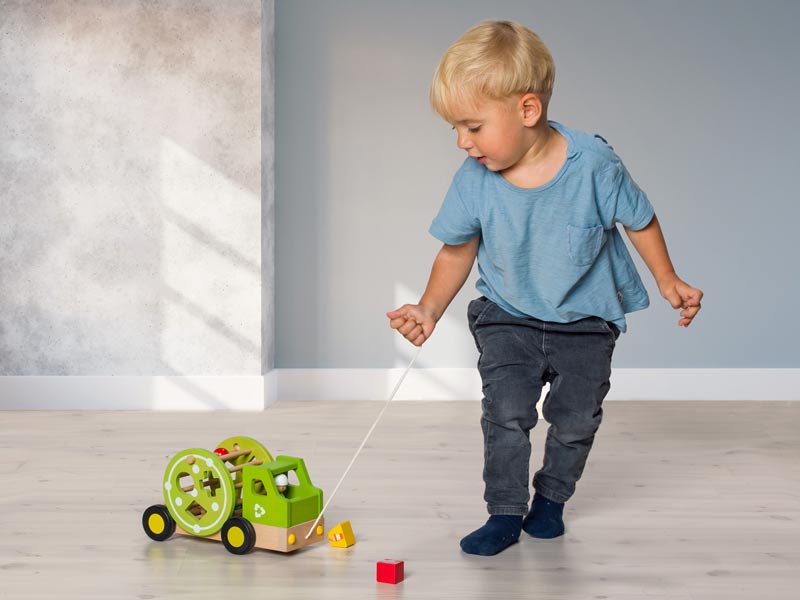 The toy industry returns to Spain

On August 22, 2018November 22, 2019
by Anthony M. Walker
in Toy Industry
Leave a Comment on The toy industry returns to Spain

The companies in this sector that left at the beginning of the last decade to emerging countries to produce cheaper have begun to return to Spain. And not just for Christmas holidays.

The trend is affecting more and more companies and could give a boost to an industry that had traditionally enjoyed strong roots in Spain but that had practically disappeared from the national geography due to rising production costs.

The situation is changing. The reverse delocalization of the toy has to do with the Copernican turn that the world economy has taken in the last five years. “For companies in the toy sector, this is a new phenomenon,” says José Antonio Pastor, president of the Spanish Toy Manufacturers Association (AEFJ).

“The reasons are several: the increase in the price of raw materials, labour and transport, a favourable euro/dollar exchange rate, the requirements of the new European Toy Safety Directive… All this has meant that the toy manufacturers have decided to return production to their Spanish centres”, explains the president of the toy company. The phenomenon is incipient but shows signs of strength.

Of all the factors involved, the evolution of labour costs is probably the most decisive. The crisis has reduced salaries in Spain, but in China, which was once the destination chosen by the majority of Spanish businessmen to manufacture at a lower cost, they have not stopped increasing. Since the bursting of the brick bubble, Spanish labour costs have fallen the most in all OECD economies.

Meanwhile, the Asian giant has seen its private sector payrolls increase by between 15% and 20% each year. In addition, the new Spanish labour legislation, which practically universalizes dismissal with 20 days’ severance pay, encourages employers to hire.

“When we arrived in 2003, workers were paid a dollar a day in the factories,” says Luis Berbegal, general manager of the toy company Injusa, a family firm that has just left China to settle completely in Alicante. “Only seven years later, in 2010, Chinese workers were already earning 2.60 euros a day.

And costs have continued to rise. It doesn’t seem like a lot of money, but it’s clear that things have changed. Under these conditions, it was more interesting for us to manufacture in Spain, although here I pay 18 euros per hour to the people who work in my factory,” he says. “After all, the cost of raw materials is exactly the same in Spain as it is in China.

Injusa, which specialises in the manufacture of cars and motorcycles with and without batteries, swings, slides and bicycles, has an annual average of 110 contracted employees. “We have invested a lot in machinery to try to reduce labour-intensive processes.

With innovation, it’s no longer economically interesting to be in Asia. And obviously, for sentimental reasons, we prefer to be in Spain. When it came time to make the decision, the Board of Directors had it very clear,” says Berbegal.

In reality, Injusa, like many other toy industries, never quite left. “The maximum quota we had in China was 35% of our total production. We never closed the Alicante factory. And that’s why we’ve been able to come back,” says Berbegal, providing another key.

In his opinion, “some will not be able to return because they have nowhere to settle. When they left they closed everything and here they no longer have any infrastructure. If China becomes more expensive, they will have to go to Vietnam or India, which is very fashionable. We came back because we kept the factory.

Other Spanish firms such as Famosa and Moltó, for example, have also taken the road to Injusa. And many foreign multinationals that had left Spain in the background are once again increasing the workload of their factories on national territory, due to the restructuring of the world economy.

The trend can also be seen in sectors such as textiles and footwear, which also suffered dramatic relocations in Asia. In the toy sector, movement is more widespread.

Transport costs have actually barely increased. Sending a container from China to Spain costs around 2,000 euros, a figure that is perfectly acceptable. But the remoteness of production centres undermines quality control and reduces service flexibility.

“Before, when we were in China, it was not profitable for us to sell less than 1,000 strollers, for example, because the containers have to be filled whole if you don’t want to lose money,” reveals the general manager of Injusa. “In addition, I needed customers to order from me two months in advance.

But now, if a Russian customer asks me for five cars, I might be interested in sending them to them. And if he asks me for them on a Monday, he has them on his ship on Wednesday. Even if it’s at the other end of Europe.