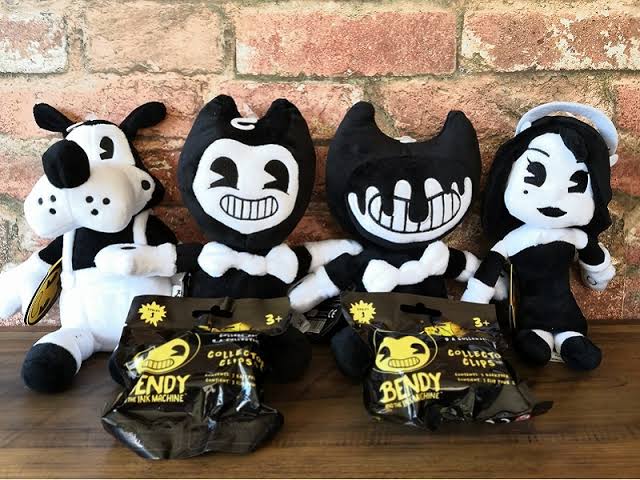 Sergey Romanov has been collecting and restoring toys for many years. Today, his collection of nine thousand toys and three thousand Christmas tree decorations is housed in a small room in the Palace of Pioneers on the Sparrow Hills. On the shelves of the clockwork acrobats and robots, balls of all shapes and sizes, teddy bears and porcelain dolls.

On Sergey’s table there is an old sewing machine, a pile of nappies and a vase with real “Soviet” sweets. The black and white photos show former owners of some rare toys.

My collection includes toys from the 1830s to 1840s until the collapse of the USSR. Today it’s a full-scale children’s museum in its size, but the space where we are located is more like a warehouse with cupboards and showcases (Sergei Romanov’s collection of 9,000 toys and 3,000 Christmas trees is kept in a small room in the Palace of Pioneers on the Vorobyovy Hills. – BG).

Due to lack of space, it is necessary to constantly change the exposition: it is absolutely impossible to show everything at once.

My grandmother gave me a little doll with glass eyes and two vintage porcelain dolls. One of them ran out of wigs, and his eyes fell in – it was a real horror, and the box was quickly removed so as not to frighten me.

But I remembered the toys. And when I was fourteen, I was really pierced in the Toys Museum in Zagorsk, today’s Sergiev Posad. I was standing near a window with dolls from the family of Nicholas II with a strange sense of deja vu. Upon returning home, I realized that grandmother’s dolls were very similar to museum dolls, and brought them to the divine view.

About mezzanine, antique dealers and silence.

At first, I found toys from friends, acquaintances and relatives in country houses and mezzanine. In addition, I bought new porcelain dolls and separate heads – I then received an increased scholarship and could afford to spend it once a month on my collection. A good German doll, behind which stood in line in the Children’s World, cost 5 rubles.

The porcelain doll cost from 7 to 15 rubles. If there was no money, the toy could wait for me at familiar antique dealers. An important place was a flea market in Tishinskaya Square. On weekends there flocked with all sorts of junk grandmothers, grandfathers, alcoholics, speculators.

There went to dress Zhanna Aguzarova and the guys from “Bravo”, Alexander Petlyura found there something for his collection. My friends and I, dressed in round glasses and caps, often cooled down there, as it was supposed to bohemian youth. This lasted until 1995, when the flea market was finally dispersed.

About a clown with a moving handle

One of my favorite toys came from my great-aunt. It’s a German clown with a mandolin from the early 1920s, who had one pen moving. One day my grandmother and I took the elevator outside and this pen fell off and fell into the mine. We went to the HMO, Grandma told the big man in the blue overalls about our little tragedy and asked us to get a pen.

In return, he put his mother over us so that my grandmother shut my ears and grabbed us in a bunch and took us outside. In despair, I was sculpting my plasticine hand, and my mother wanted to quietly throw out the clown so that I wouldn’t suffer so much. But one day, on the doorstep of our apartment, the same scary uncle in a jumpsuit appeared and gloomyly handed out a clown pen to Grandma.

In the evening, Daddy glued it to us in a festive atmosphere, and still this toy lives at home.

I have a special place in an old rag doll. It was made in a family of Russian immigrants in France. The doll, bought in a local shop, the mother of the family has made an overhaul, dressed in a national dress and a cocooner.

In that house, sitting in an honorable place, she represented Russia, which had been abandoned after the revolution. This doll was brought to me by an elderly couple, so that, if not by themselves, at least this toy could return home.

I have in my collection a doll in a Hitler Youth costume, which in 1939 brought from Germany Molotov. He went there to conclude a non-aggression pact with Ribbentrop, and German children gave him this doll along with flowers. His daughter gave it to me.

Among the toys of the war years there are corduroy bears, sewn by disabled artels, and “semi-finished products” – heads with shoulders, to which you had to sew a soft, woolen body. There is a doll of the girl Lucy Sokolova, whose entire family died during the blockade.

Toys experienced all the horrors of the war together with their children – they were taken to bomb shelters and evacuated. One doll from my collection was taken out of the besieged Stalingrad by a little girl, and together they were ferried across the Volga River on rafts.

In the collection there is a teddy bear, which the team of the steamer “Chelyuskin” presented to Anna Petrovna Sushkina, the daughter of the famous oceanographer Petr Sushkin, who went to the “Chelyuskin” to study the animal world of the Arctic. In 1934, after the steamer sank, the bear and other members of the expedition were removed from the ice floe, and he safely reached the Great Land.

There’s another special thing in the museum that doesn’t belong to me, but only exhibits here. This is an electromechanical model of festivities in the Gorky Park of Culture, which was once presented to Stalin, and then he gave it to the Palace of Pioneers.

This model is a miracle of technology: the pianist on the stage played the piano, the carousel was spinning, lanterns were burning, cars were rumbling from the road, headlights were flashing, and fireworks were flashing in the sky above the Kremlin.

Unfortunately, all of this is now out of order; I miraculously managed to save this thing so that it wouldn’t go missing at all.

On Soviet education and fight against bourgeoisie

In the early 1930s, the state task was to educate future defenders of the homeland and the socialist system, and toys, at least in their former form, were associated with the bourgeoisie and bourgeoisie.

There is a series of “Boldly we will go into battle” factory “March 8” – navels in vests-gymnasts, in a hat, cartouche or Budyonovka, or games “Saving the Chelyuskinites”, “Flight by plane “Motherland” to the Far East” and “Destroy pests” about the fight against the Colorado beetles.

There were also achievements in the Soviet toy industry: for example, a huge railway made by “Moskabel”, where a shooter came out of the booth, and the apron rang as the train approached, toy astronauts and rockets on wheels with pedals, which appeared before Gagarin’s flight into space.

Interesting things happened to the Christmas tree toy. After 1936, when the persecution of the Christmas tree was over, the factories began to mass-produce the Chelyuskinites, Red Army and pioneers, balloons depicting Lenin, Stalin, Marx and Engels, and even small boxes in the form of bunnyers in the form of rayon councils, in which it was possible to put candy and hang them on the tree.

The domestic toy industry began to fall apart in the 90s and finally bent in the 2000s. Until recently, there was only one production facility left in Moscow – “Ogonek”. All the other factories: “Krugosor”, “Progress”, “8Mart Factory” disappeared long ago.

Nowadays, St. Petersburg’s Plastpolymer is doing something in small quantities, but in general, there are only a few companies left in the country. Everything that is taken to us from China, often so low-grade that the dyes and other components of these toys children have allergies.

But now many parents simply have no choice, and those who can afford it, bring toys from Europe.

About visitors to the museum

Visitors react differently to my exhibitions. Some then give us everything they feel sorry for; others, seeing that the things they have at home are dusting under the bed somewhere, standing behind the glass, are beginning to appreciate them in a new way. There are those who are taken to puzzle over how much you can sell what they have left.

Such people would rather throw away a toy than just give it away. For many, a visit to the museum is the best psychotherapy: children’s memories open layer by layer, a person returns to what would have been gone forever, if he hadn’t seen this particular clown or typewriter.

Once my grandfather bought my mother a red cat in boots with last money and she loves him till now. Therefore, I am sure that children should be spoiled, and they will always appreciate such wide parental gestures.

We, adults, sometimes it seems to be an empty pampering that is important and really necessary for the child. But it is not so. Children have their own values. If you understand this and go towards it, the child can keep the gift toy for the rest of his life, it can become a friend and almost a member of the family.